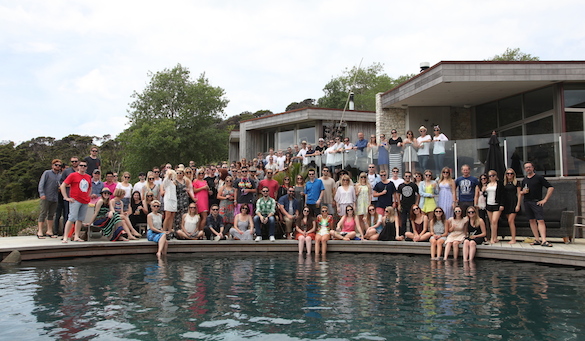 Ben Polkinghorne was also recognised as the only creative winner in the Australia / New Zealand Young Achiever of the Year category – seeing off four talented young Australian creatives. Ben was named runner up in the category, with the winning title going to Universal McCann’s Michael Gunadi.

New Zealand Digital Agency of the Year is judged by a panel of senior marketers from a broad range of business categories and Campaign’s editors who look at a variety of factors including how the agency has helped to maximise results, drive ROI and gained recognition industry recognition over the last year.

The Campaign Asia-Pacific Agency of the Year Awards celebrates the achievements of the region’s advertising industry across a range of categories that recognise both agencies and individuals alike. The awards and have been held for over twenty years, making them one of the most anticipated regional awards.

Nick Garrett, Colenso BBDO CEO, said, “We’re thrilled to have picked up New Zealand Digital Agency of the Year once again. And whilst digital is a natural consideration for any campaign we do it’s fantastic to be acknowledged for all the effort our clients and the team at Colenso have put into pushing the boundaries in this area. When we are at our best everything we do has digital and social at the heart of it, but we still have a long way to go.”

“I’m also thrilled that Ben has been recognised because he works bloody hard and he consistently comes up with top notch ideas. Over the last couple of years Ben has been involved in delivering a number of world-class campaigns including ‘Trial by Timeline’ for and Amnesty International and Pedigree’s ‘Share for Dogs’ and it’s great that he’s been acknowledged.”

“As a further nod to the strength of New Zealand’s representation across the awards, it was great to see Barnes, Catmur and Friends recognised at the only New Zealand agency in the Independent Agency of the Year category.”