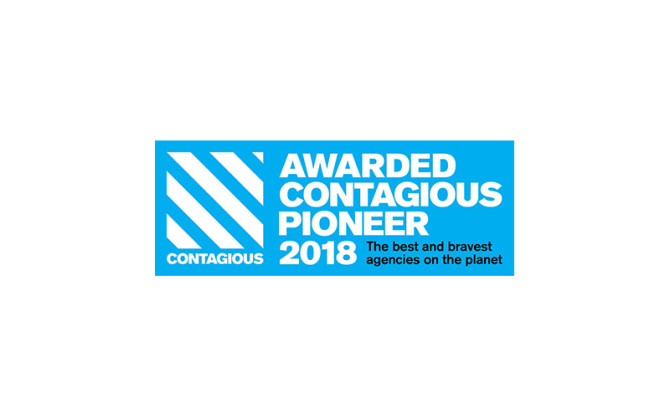 Colenso BBDO has been named one of ‘the best and bravest agencies on the planet’, after being placed #5 on the 2018 Contagious Pioneers agency ranking.

That means Colenso now has the rare distinction of being the only agency to have appeared on the list for three years running, since Contagious Magazine first created the ranking in 2016.

The top 10 agencies being honoured come from all round the world, and the list itself is based on coverage of each agencies work on the Contagious I/O intelligence tool during 2017.

See the full announcement on the Contagious website https://goo.gl/dyvbCs

Colenso BBDO has been named as the 5th Most Effective Agency Worldwide in the Effie Effectiveness Index World rankings. Colenso was the only Australasian agency in the top 10 and was 3rd in the Asia-Pacific region.

The rankings are compiled from over 40 worldwide Effie competitions and more than 3,600 Effie award winners and finalists, each of which has been subjected to ‘rigorous evaluations’ by industry experts and that are deemed to have achieved compelling results. 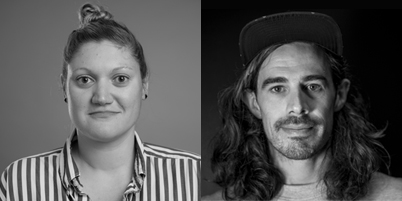 Beth was lured back to Colenso after a successful stint in New York as an Associate Creative Director at R/GA and Droga5, where her and her partner created some of the country’s most high profile work. During the most contested election in U.S. history, The New York Times and Forbes Magazine labelled their Role Models spot for Hillary Clinton “a masterpiece of political advertising” and a “Hall of Fame-level” ad. Beth has won over 40 national and international awards, including New Zealand’s only ever a black pencil for K9FM, which she made at Colenso before leaving to the States.

Thom returns from 5 years at R/GA NY. His We Are America campaign has been viewed over 120 million times, and is up for an Emmy at this year’s awards. And his last year’s Mamba Day campaign for Nike was the most successful shoe launch in history. The campaigns picked up 5 lions at this year’s Cannes festival, and made Thom half of the R/GA network’s most awarded team globally.

“Thom and Beth are absolutely world class. We’re thrilled and genuinely humbled to have them with us” says Levi Slavin, Chief Creative Officer at Colenso BBDO. 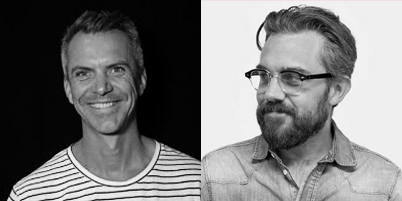 It can now be confirmed that the formidable creative pairing of Levi Slavin and Dan Wright have returned to 100 College Hill from BBDO New York on May 1. Their return signals a clear desire from the agency to build on Colenso’s well established creative chops.

Slavin will be returning as the Chief Creative Officer and Wright will return as a newly promoted ECD. They’ll both be joining Nick Worthington, Steve Cochran and Wayne Pick as the leaders of the agency’s creative function.

Scott Coldham, Managing Director says: “The guys coming home is so exciting. They’ll take us to the next level. We don’t ever want to stand still as a business and these two bring a level of brilliance and experience that will certainly ensure we’re continuing to do our best work in an ever-changing landscape. We’re blessed in this part of the world with our ability to make amazing work with more ease than the larger markets, but in many ways the US is light-years ahead of us – so their exposure and experience up there will definitely benefit our approach to the work.”

As two amazing individuals return to Colenso, two revered contributors to the agency’s sustained success story are heading off. Simon Vicars and Andre Sallowicz will be packing their bags and heading for London where they will takes up roles at Adam & Eve DDB.

Nick Worthington, Creative Chairman (who’s just signed on with the agency for another three years) said, “When great people leave it’s hard to watch them go.But when great people leave to work with some of the best companies in the world, to gain invaluable experience, garner knowledge, grow in confidence and produce great work, and we know that one day they may bring those new-found skills back to us here at 100 College Hill, it’s worth it; it makes us a better agency. That’s what’s happened with Levi and Dan, and we hope it will happen in a couple of years with Simon and Andre.” 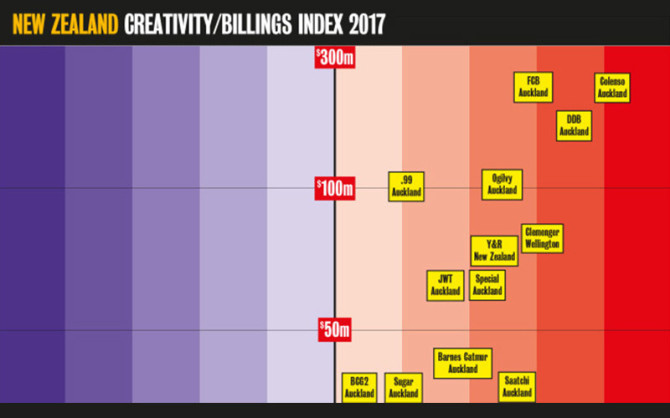 For a record 8th time Colenso BBDO is Campaign Brief’s New Zealand Agency of the Year.

Campaign Brief attributes the success to a mantra of ‘creating with purpose’ earning Colenso more recognition in 2016 than ever before, being named New Zealand Axis Creative Awards Agency of the Year and NZ Effies Agency of the Year.

Read the full story here or in the latest issue of Campaign Brief, which includes the annual CB Agency Hot+Cold Charts, out next week. 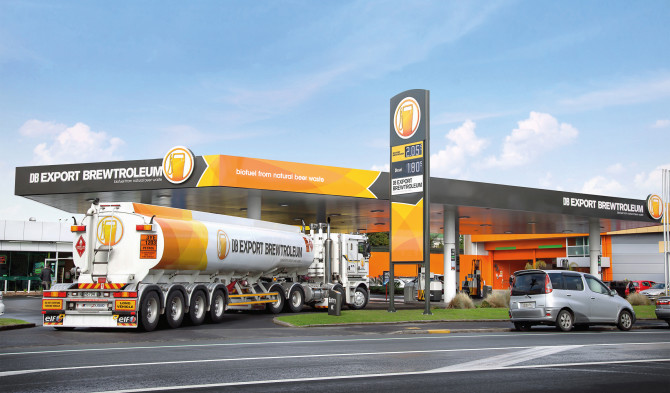 The Directory Big Won Report – the ranking of award winning agencies and campaigns for 2016 – has just been released, and it’s an outstanding result for Colenso!

See all the details here https://www.directnewideas.com/bigwon/ 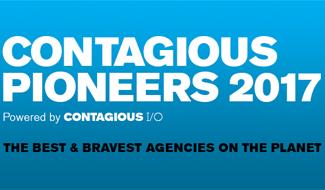 Contagious magazine has ranked Colenso BBDO at thew 3rd Best & Bravest agency in the World for 2016 as part of their Pioneers list.

The Pioneers list, an awards system launched last year, ranks agencies from around the world that consistently set the standard for excellence and innovation in marketing.

The list is compiled from an analysis of the Contagious I/O intelligence platform – a database of the most innovative and effective marketing campaigns in the world. 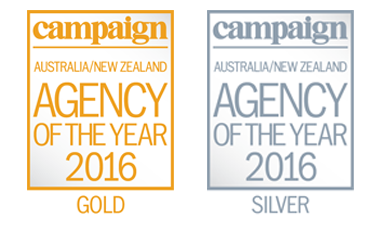 We’re very proud that Campaign Asia just named us their Creative Agency of the Year for 2016! http://www.campaignasia.com/article/agency-of-the-year-2016-winners-australia-new-zealand/431911 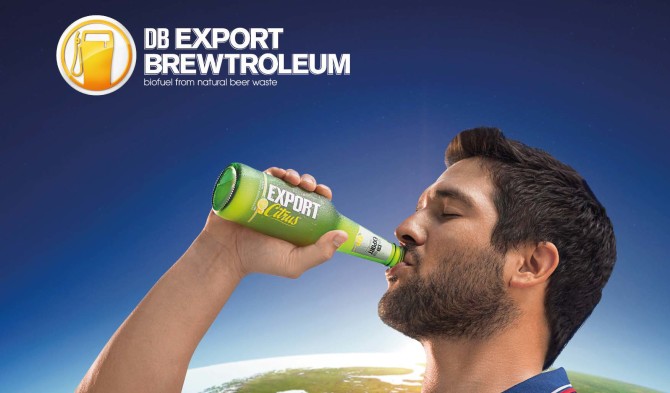 D&AD Impact is the result of a partnership between D&AD and Advertising Week. The show aims to celebrate transformative and creative ideas which contribute towards a better and more sustainable future. 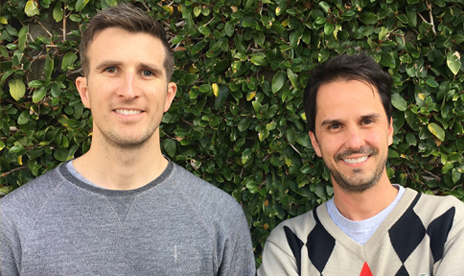 After a three month exchange to Colenso BBDO in 2014, Senior Art Director Andre Sallowicz has returned to work permanently at the Auckland agency. Sallowicz comes highly awarded from AlmapBBDO, where he spent five years working on VW, Pedigree, Havaianas, and Getty Images, among other clients. In his short stint at Colenso he helped to conceptualise DB Export ‘Brewtroleum’, alongside Matt Lawson, Brett Colliver and Simon Vicars.

“Colenso has a huge reputation around the world for doing ideas that seem impossible and I could taste that in my first time here. So the invitation to come back and work with Simon, an outstanding copywriter, was perfect. I’m looking forward to working with Wortho, this great team and the best clients in New Zealand”, says Sallowicz.

“South America produces world-class Art Directors, and Andre is definitely one of them. We’re excited to have him back, and excited to have him working with Simon. They’re clever guys who consistently make the best work in the world. We have high expectations”

Sallowicz took home 19 Cannes Lions this year (including 10 gold and the Outdoor Grand Prix) for his work on DB Export ‘Brewtroleum’ and Getty’s ‘Infinite possibilities’ campaign. He partners Simon Vicars who himself has over 30 Cannes Lions and was recently named AWARD Creative of the Year for the second time.